Beauty and the Beast: Belle’s Magical World is among the most unique of the direct-to-video Disney sequels. Not because of it’s quality (far from that), but more in terms of it’s production. 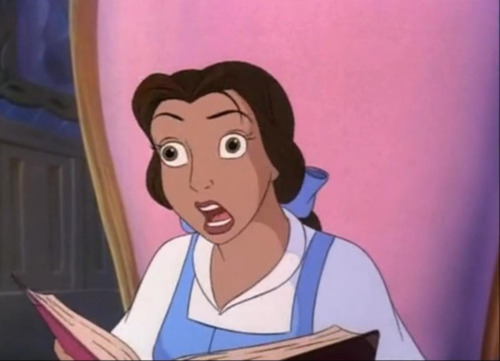 Originally, Disney was planning a TV series based on the first movie (similar to what was done with The Little Mermaid and Aladdin), which features stories of Belle’s time in the Beast’s castle, but the series was shelved during development. Despite that, several episodes were already completed, so Disney released the completed content as a direct-to-video feature (three on the VHS release, four on the DVD Special Edition).

In the first segment, The Perfect World, a regular meal between Belle and the Beast escalates into drama when a misunderstanding occurs. This conflict will lead the two to learn a lesson about forgiveness.

Up next is Fifi’s Folly, which focuses on Lumière having a romantic date with Fifi. Unfortuantly, their time together will turn into disaster when their sleigh they’re riding on goes out of control and towards danger.

Mrs. Potts’ Party is exclusive to the Special Edition DVD release. In this one, Mrs. Potts is depressed because of the bad weather, so Belle and the servants decide to throw a surprise party for her. But things don’t seem to be going to plan, and the servants must learn to cooperate properly.

Finally, there’s The Broken Wing. Belle discovers an injured bird who has a broken wing. She decides to take care of it while it heals, much to the Beast’s disgust towards birds. Throughout his anger, the Beast learns that he has to earn respect rather than demand it.

The original cast members returned to reprise their roles, with the exception of Angela Lansbury (voice of Mrs. Potts) who for unknown reasons was replaced with Anne Rogers. Two original songs performed by Belle are featured in the presentation, which includes “Listen With Our Hearts” and “A Little Thought”.

Since it’s release, Belle’s Magical World has gathered a notorious reputation as being among the worst of the Disney cheapquels. Much of the criticisms were pointed towards the lazily-written stories, cheap TV-quality animation, dumbed-down characters, tedious morals, and especially it’s false advertising (advertised as a movie instead of episodes of a failed TV series). However, it’s still possible to find some unintentional comedy with the cheesy writing and animation errors.

No member comments yet

Not connected : To be able to post a message site, you must be connected.

Register on the site!

Beauty & The Beast reads and more

Keyframe, the most popular review site for animated films and series

Listen to Radio Source! All your favorite animated films musics, 24h a day!

Questions? Ask and get answers here!

This unofficial fansite is managed exclusively by Beauty & The Beast fans.

Any copyrighted material included on this site serves entertainment purposes, and is used with utmost respect for the original creators.

All rights reserved by Dinsey, owners of Beauty & The Beast series and films.

To give you the best experience, this site uses cookies. By continuing, you're giving consent to cookies being used. Learn more... Close X